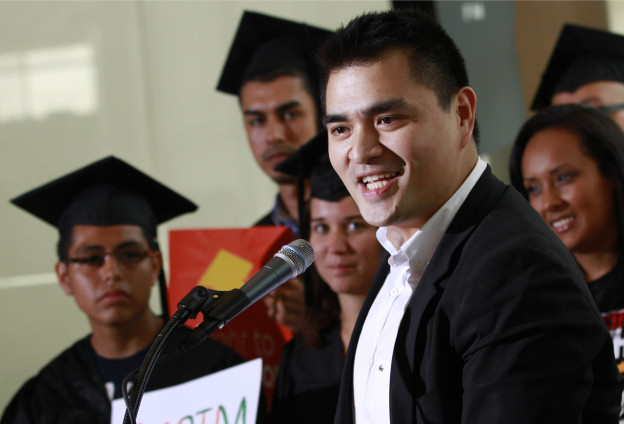 Immigrant-rights activist Jose Antonio Vargas has written extensively about the fact that he has been living illegally in the U.S. for years.

A Pulitzer Prize-winning journalist, Vargas was recently in south Texas documenting the stories of many Central American child migrants detained at a shelter in McAllen. As an immigrant himself, he says it was only “natural” that he go there.

Vargas often travels without documentation — he told Here & Now’s Meghna Chakrabarti that in the past three years, he has attended “maybe 250 events in 43 states.”

As he remarked, “It’s somewhat ironic: This is the first time that the U.S. government, at least the immigration government, acknowledges my existence.”

Although the incident has raised questions, Vargas insists that it was a legitimate legal conflict, not a publicity stunt to raise awareness about the rights of immigrants.

And he says it was worth the risk: “I came down there last Thursday, before knowing what was going to happen, because I wanted to look in the eyes of those children and I wanted to make a statement that when you see those children, you think of possibility. We talk about them as if they’re insects on our backs. What’s happening right now is not only a humanitarian crisis, it’s a moral crisis.”