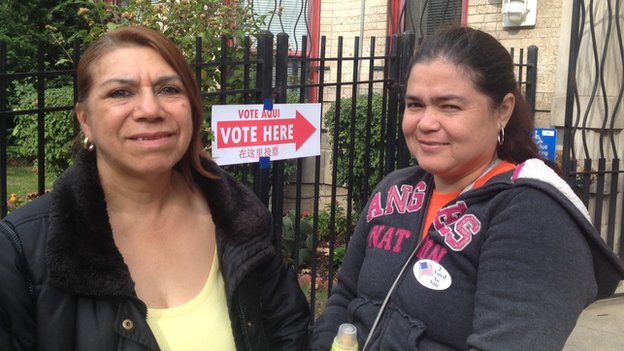 Hispanic voters want politicians to follow through on their promises

Barack Obama says he will unveil his plan for US immigration reform before the end of the year. But how bold will the president be now that he faces a Republican-controlled Congress?

At the Latin American Youth Center in Washington DC, many voters went to the polls on Tuesday frustrated at the politicians’ failure to reach a deal on immigration reform.

“I am a Latina and I would like to see some help for those who are somehow like me,” said Danubia, an immigrant from El Salvador.

“I hope we will have a noticeable change on immigration, because many people are left without their parents when they are deported,” she told the BBC at the polling station decorated with the colourful flags of Latin America countries.

Danubia is not alone in her worries. According to a poll by the Pew Research Center, two-thirds of Hispanic registered voters in the US say new immigration legislation is either extremely important or very important.

Many members of the community, which overwhelmingly supported Mr Obama in 2008 and 2012, are disillusioned because the president has failed to deliver the comprehensive immigration reform he promised.

They are also unhappy because deportations have increased under the Obama administration, earning him the nickname “deporter-in-chief”.

“I am very disappointed because I voted for him twice and nothing has been done,” said Leticia, a voter of Mexican descent.

Immigration has been a cornerstone of Mr Obama’s domestic agenda ever since he became president, but proposals pushed by the Democratic party have been thwarted by Republicans in the House of Representatives. He has since vowed to change policy unilaterally using executive powers.

Mr Obama was supposed to announce his plans by the end of the summer. But as political pressure grew over Central American migrant children illegally crossing the border from Mexico into the US, he decided to postpone action until after the mid-terms.

Now, with Republicans controlling both the Senate and the House of Representatives for the first time since 2006, there are questions about how exactly Mr Obama may try to circumvent Congress – and how Republicans may react.

At a White House press conference on Wednesday, the president confirmed he will announce his executive plan before the next session of Congress begins in January. But he stopped short of giving any details.

Marc Rosenblum, deputy director of the US immigration policy programme at the Migration Policy Institute, believes the Republican gains in the mid-term elections could limit what executive action is taken. 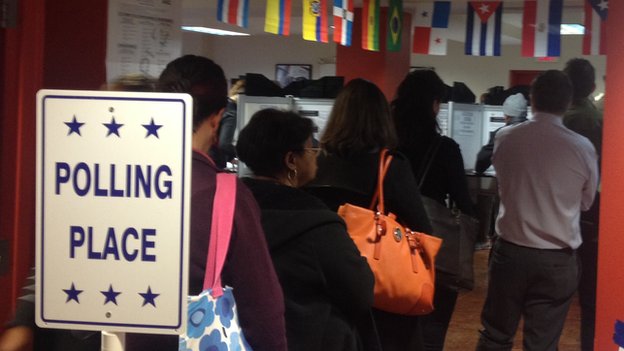 One of the options being discussed is a plan to relieve undocumented immigrants from deportation, he says. That project would be along the lines of the Deferred Action for Childhood Arrivals (Daca) programme, the administration’s 2012 decision to suspend deportations of children who arrived in the US at a young age.

Such a decision would probably be met by strong opposition in Congress. Republicans have said DACA is an example of executive overreach, and the House of Representatives has already tried to both block it and prevent President Obama from expanding it.

“Republicans will make efforts to weaken, to undermine, to defund the executive action programme,” says Angela Maria Kelley, vice president of immigration policy at the Center for American Progress, a liberal think tank in Washington.

But Ms Kelley admits that there could be another approach, one where Republicans present an immigration bill that would not convince Democrats. It would put the Democrats in the uncomfortable position of having to decide whether they reject it.

“That could erode the negative image Republicans currently have with Latino voters and it would turn the heat on Democrats,” she says.

Ultimately, both parties will also consider the possible effects of any immigration decision on the 2016 presidential election, in which Hispanics are expected to play a much more important role.

For the mid-term elections, the Pew Research Center calculated that Latinos made up only a small share of eligible voters in many battleground states. But their presence is growing at a national level and presidential hopefuls will want to count on Latinos.

“In 2016 there will be a very different election dynamic compared to what we have just seen in 2014,” says Arturo Vargas, executive director of the National Association of Latino Elected and Appointed Officials (NALEO), a non-governmental organisation in Los Angeles.

But for voters like Danubia or Leticia at the Columbia Heights community centre, 2016 is still far away.