The California Supreme Court finally erased one of the last vestiges of the state’s anti-Chinese laws by granting a law license posthumously to Hong Yen Chang, an immigrant who was barred because of his race in 1890.

The state’s high court– one of the most diverse in the country – currently composed of three Asian Americans, led by a female Filipina – unanimously overturned the 1890 decision, and issued a new nine-page ruling that it said required “a candid reckoning with a sordid chapter of our state and national history.”

“It is past time to acknowledge the discriminatory exclusion of Chang from the State Bar of California was a grievous wrong,” the unsigned ruling stated. “He was by all accounts qualified for admission to the bar. It was also a blow to the countless others who, like Chang, aspired to become a lawyer only to have their dream deferred on account of their race, alienage or nationality.”

Chang emigrated from China in 1872 as part of a program to teach Chinese youth about the West. He graduated from Philips Academy and Yale University. He then went to New York’s Columbia Law School in 1886. In 1888, he passed the New York Bar and became the only “regularly admitted Chinese lawyer in this country.”

But when Chang went to California with the hope of working with the Chinese community of San Francisco, he found the state had passed a law citing the federal Chinese Exclusion Act, voiding his application in California, and Chang’s New York license.

The current court acknowledged that both the state and federal anti-Chinese laws have been repealed. California ended its citizenship requirement in 1972.

Though a more a symbolic ruling, Rachelle Chong, Chang’s great-grandniece and a California lawyer told the media the family was “excited” by the news. The effort to gain a posthumous license for Chang was started in 2011 by UC Davis Law Professor Gabriel Chin. 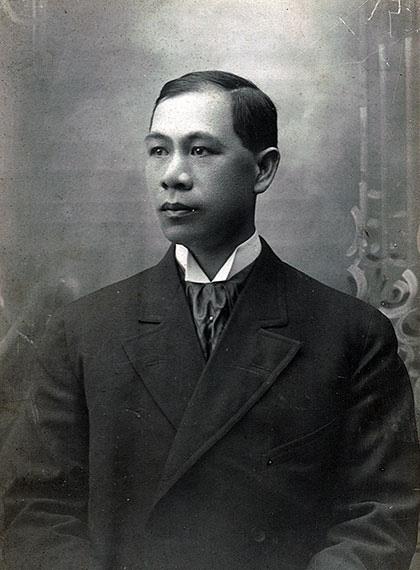