(CNN)Dueling official Republican responses to Tuesday’s State of the Union address meant to highlight the party’s alternate vision for the nation instead underscored the GOP’s deep divide on immigration reform.

One, given in Spanish by Florida Rep. Carlos Curbelo, asked the President to “cooperate” with congressional Republicans to make immigration reform happen.

“We should also work through the appropriate channels to create permanent solutions for our immigration system, to secure our borders, modernize legal immigration, and strengthen our economy,” Curbelo said in Spanish. “In the past, the President has expressed support for ideas like these. Now we ask him to cooperate with us to get it done.”

The other, delivered in English by Iowa Sen. Joni Ernst, made no mention of reform. She gave a folksy pitch for Republican proposals to improve the economy, overhaul the tax code and open up new trade markets abroad.

While Curbelo and Ernst were the two officially-sanctioned GOP responses, a cacophony of Republicans spanning the ideological spectrum gave their own rebuttals throughout the night.

House Republicans had said Curbelo would be delivering a Spanish translation of Ernst’s speech in a press release that went out last week, but by Wednesday morning, that note had been deleted from the release.

Curbelo told Politico he requested a copy of Ernst’s prepared remarks and revised them to reflect his own priorities, and that GOP Leadership had okayed his version of the speech.

“I did not get any pushback whatsoever,” he said.

The freshman House Republican said it was “a shame that Democrats would try to criticize us for each of us having our own priorities and ideas and making them known.”

“I think leadership should be commended for encouraging those it selects to talk about their lives, their priorities and their vision,” he said.

But the clash between the two speeches reflects the broader struggle within the party to expand its appeal beyond base conservatives and into untapped demographic groups, particularly minorities. With America’s Latino population growing exponentially, Republican leaders have openly admitted they won’t be able to compete on the national stage if they can’t figure out how to narrow Democrats’ advantage with that voting bloc.

South Carolina GOP Sen. Lindsey Graham, who has expressed interest in a presidential bid, told CNN last month that it would be “difficult, if not impossible” for the GOP to win the White House in 2016 without passing immigration reform. 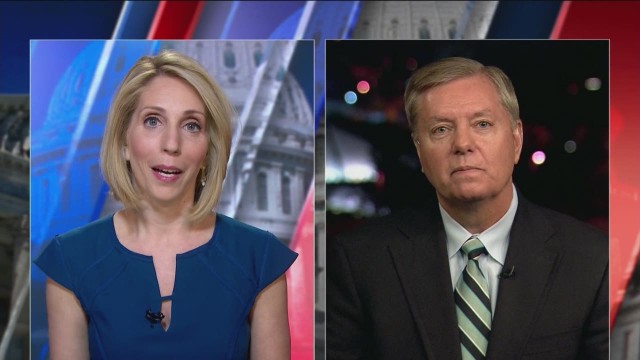 Curbelo, meanwhile, supported that bill during his campaign and bucked Republicans on a pair of amendments meant to block President Obama’s executive action on amnesty last week, voting against them.

But both Republicans hail from competitive swing states, and represent voting blocs that could be key to the GOP’s hopes of winning the White House in 2016. Their disconnect on the immigration reform issue suggests the party still has a ways to go in bridging the gulf between the two.