Chris Brooke for the Daily Mail 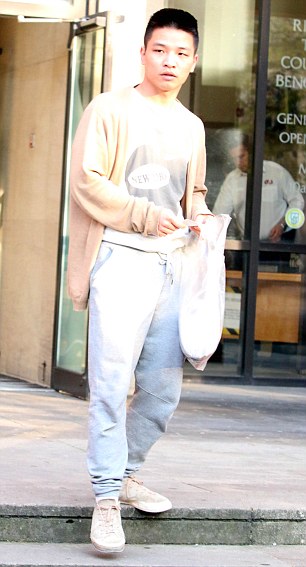 Byn Nguyen (pictured), was cleared by a judge at Hull Crown Court of running a cannabis factory despite ‘probably being involved’.

An illegal immigrant from Vietnam was allowed to walk free from court in farcical circumstances after a judge tried to ensure he was held for deportation.

Byn Nguyen, 19, was cleared by a judge at Hull Crown Court of running a cannabis factory despite ‘probably being involved’.

He had originally tried running away when found hiding at the property by police and spent six months in custody before his case went to trial.

Fearing he would flee the authorities and ‘evaporate into the black economy’ after his release, Judge Jeremy Richardson, QC, asked that the Home Office be alerted so that officials could detain him.

Police were also made aware of the situation and the judge’s fears Nguyen may disappear again.

But two hours after his trial collapsed Nguyen was released by security guards at Hull Crown Court because no one had come to collect him and there were no warrants against his name.

The Vietnamese teenager had been given £50 to catch a train and was expected to travel 100 miles to Solihull to hand himself in to be processed by the Home Office.

The incident happened on Tuesday and yesterday there was no word as to whether Nguyen followed orders or vanished into the night as the judge feared he would.

Nguyen was charged with production of cannabis between January and May this year after he was arrested at a house in Goole, East Yorkshire, containing £24,000 of the drug.

Police found his finger prints on two cups and a can of drink at the property and the prosecution claimed his job was to fertilise the plants and control their lighting.

After prosecutor Stephen Robinson outlined the Crown’s case the judge ordered the jury to return a not guilty verdict due to insufficient evidence.

Judge Richardson told the jury the fingerprint evidence did not prove he was involved in the drug production as ‘mere presence at the scene was not enough’ to prove guilt.

He said the defendant’s claim to have been at the house one night seemed like ‘a tall story’ and ‘has a nasty smell.’

He told the jury: ‘You may have reached the view, as I have, that he was probably involved. It is highly questionable what he did. But probable is not a crime.’

The judge continued: ‘He will have to be reported to the Home Office. I am going to release him very shortly indeed. I would like the Home Office to know of this immediately, otherwise I think he will evaporate into what is described as the black economy.’

Judge Richardson then told the defendant: ‘You are an illegal immigrant. You should not be in the UK. I have no idea how you got here.

‘That is for the Home Office to sort out. I think it highly likely that you will be deport and not allowed back in the UK or any other European state. For you it is a pyrrhic victory as you will be sent back to Vietnam.’ 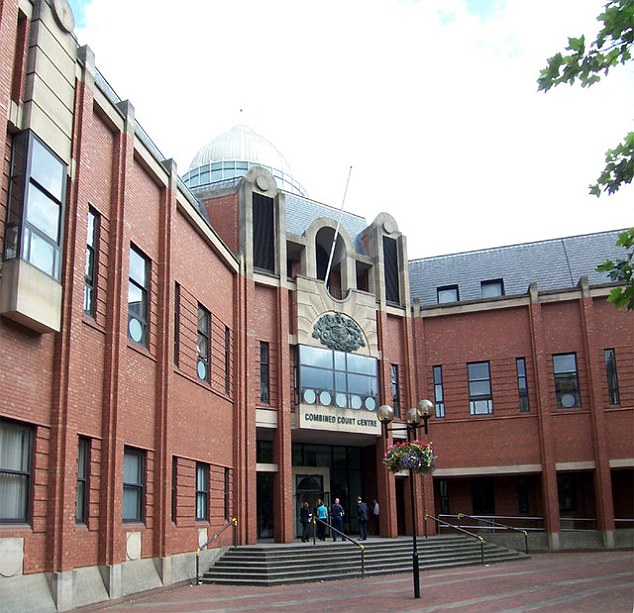 Nguyen was crying in the dock but stopped when his interpreter told him he had been cleared. The defendant then held his hands as if in prayer.

The judge told him he had received papers to go to Solihull and could make an application for asylum at that point.

The police officer in the case was at Hull Crown Court and told of the judge’s request to alert the Home Office.

No officials arrived and it is believed police took no action as they had no legal right to detain him.

After being released from the cells Nguyen was asked what he was going to do and said: ‘Where is the train station?’ He then walked off.

A source from the G4S security company said: ‘This is not the first time. We are fed up of it frankly. We had an illegal immigrant we released from Grimsby Crown Court last Friday.

‘We rang up the Home Office and they said “there is nobody here. Its 3pm. Tell him to come and see us on Monday.” So we just let him go from cells.’

Humberside Police have declined to comment. The Home Office has yet to respond to a request for comment.

The comments below have not been moderated.

The views expressed in the contents above are those of our users and do not necessarily reflect the views of MailOnline.

Who is this week’s top commenter?
Find out now