Immigrant Canadians will want to hold onto their wallet-sized Canadian citizenship cards for dear life. Or at least keep them in a safe deposit box.

That’s because the federal government is no longer issuing the photo identification.

And it’s caused no end of grief for people who have had all their ID lost or stolen.

“It was done without really consulting the provinces,” said Julian. “In B.C.’s case particularly, there was a real balking of ‘this isn’t a valid identification.’”

With no photo, ICBC won’t accept it as a form of primary identification when issuing driver’s licences.

Since 2013, people without driver’s licences can get a new BC Services Card, the new, more secure version of both the Carecard and BC Identification, also without a photo or signature.

But that, in turn, is not accepted by Passport Canada when applying for a passport.

“That really started to compound the problem for somebody who’s a new Canadian,” said Julian.

The two changes have led to immigrants in British Columbia being hit harder than in other provinces.

People born in Canada are able to simply get a new birth certificate to get the ball rolling on replacing ID.

But that’s not possible for immigrants whose first step would be to get a new Canadian citizenship card.

In the past year, Julian’s constituency office staff have worked on about a half dozen such cases. Only one has been resolved and that took more than 10 months.

That’s 10 months when the person had no access to a driver’s licence or passport, preventing him from driving or travelling or applying for anything else that requires photo ID.

“They’re not smart moves, and particularly not smart when the two levels of government are not consulting,” said Julian.

“The idea that you can simply change the ID protocol and not think of what would happen if somebody lost their existing ID, it’s inconceivable to me that they would not have worked through that scenario.”

While Julian’s office has only had a handful of cases, he said it will be a growing problem if it’s not resolved soon.

Anyone whose job, housing and other situations don’t change may be able to get by, but otherwise the lack of ID can hamper people’s efforts to find employment or a place to live, he noted.

“It starts becoming critical … Not having identification is like wearing a pair of handcuffs all day. You’re severely limited in what you can do.”

In the one successful case, Julian said it was only resolved after the federal government issued a special piece of identification to start the process of replacing ID. And that was only after numerous letters and emails in conjunction with Burnaby-Deer Lake NDP MLA Kathy Corrigan’s office to get the two levels of government to communicate with each other.

Corrigan said her office has worked on two such cases so far. The federal and provincial governments have the ability to fix the problem, but “they have not made it a priority to date and they need to do that,” she said.

“Presumably the federal government’s verification process, allowing people to become citizens, must be secure enough … you would assume it’s good enough to allow somebody to get a piece of identification in the province,” she said. 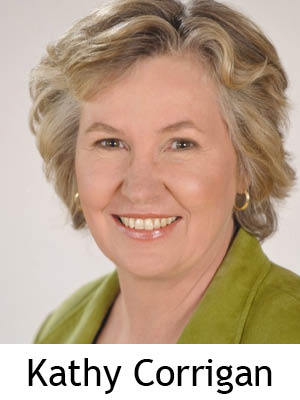 “Other provinces have managed to [develop protocols with Ottawa], I’m not sure why B.C. isn’t capable of it.”

But judging by responses to the NewsLeader’s questions, neither level of government seems to understand there’s even a problem.

If an immigrant lost all their primary pieces of ID, “they would need to contact Citizenship and Immigration Canada to re-establish their identification,” said Kristy Anderson, media relations manager for the Ministry of Health, which issues the BC Services Card, by email.

ICBC’s website states, “we are currently unable to accept Canadian Citizenship Certificates issued on or after Feb. 1, 2012 as we normally would do.”

While people submit photos when applying for citizenship certificates, ICBC’s Lindsay Olsen said by email, “ICBC driver licensing offices do not have access to the Citizenship and Immigration Canada database (through a portal) and therefore cannot access photos … We have not been given access to their systems.” She referred further questions to CIC.

For its part, CIC spokesperson Johanne Nadeau said by email that the change was made for two reasons.

“First, it ensures the citizenship certificate is only used as an official status document—similar to a Canadian birth certificate—rather than an identity or travel document.” Secondly, it has created a system where agencies can electronically confirm a person’s citizenship directly with CIC, again to prevent fraud.

“The certificate itself is not what needs to be secure; rather, the means to verify the certificate must be secure,” Nadeau said, noting plastic cards and pieces of paper are easily forged.

“The change was also made in order to save the cost of replacing outdated equipment and materials that were used to create cards that had a history of being fraudulently reproduced.”

The CIC was asked what is being done to resolve the situation for B.C. immigrants who find themselves caught in this catch-22 after losing their ID.

As of the NewsLeader’s deadline there had been no response.