A Pulitzer Prize winning author who followed the treacherous trip of a young Honduran boy to the United States said many of the children crossing the border today are refugees and should be treated as such.

Sonia Nazario, who won the Pulitzer for a 2002 L.A. Times piece which eventually became the book “Enrique’s Journey,” retraced the trek from Honduras through Mexico of the young boy who, without a dollar to his name, spent months on the tops of freight trains on a quest to find his mother in the U.S.

Sign up for breaking news alerts from NBC News

Having personally — physically — held on to the sides and tops of seven different freight trains in an effort to get a sense of what Enrique and other immigrant children endured, Nazario knows the dangers firsthand.

“There are gangsters who control the train tops … bandits who will rob you and rape you and sometimes kill you,” she said. Then there’s the train itself — dubbed “La Bestia” or “The Beast” — that children jump on to and off of as it speeds onward. The kids “lose arms and legs to that freight train,” Nazario said.

But the danger faced on the journey is nothing compared to the violence these young immigrants face in their home countries.

Since October, more than 52,000 children traveling without an adults have been caught entering the United States through Mexico, which, in July, is already double the number of children caught in the previous year.

The children are attempting to flee to the U.S. now “because of what’s happening in their home countries — especially in Honduras, El Salvador and Guatemala. These are the countries with the highest homicide rates in the world,” Nazario said.

A good portion of the drug trade has shifted to Central America and is to blame for the high level of violence, Nazario said. Children are used as “foot soldiers” for the cartels who give them an ultimatum to either start using and selling drugs or get killed, she said.

“We would be their executioner by sending them back.”

Nazario said the choice many of these children face is: “Do I stay and work with the cartels … or do I flee and save my life?”

And people cannot turn to the police, because a majority of cops are corrupt and will tip off the cartels, securing certain death for the children — leaving them with few options.

Nazario believes the U.S. government was caught flat-footed on the issue because they weren’t paying enough attention the outbreak of corruption in Central American countries.

“Our government has been caught once again unprepared,” without facilities available to accommodate the wave of children, she said.

Now, officials are stuck expediting the deportation of as many undocumented immigrants as possible, which Nazario called “inhumane.”

“We would be their executioner by sending them back,” she said. 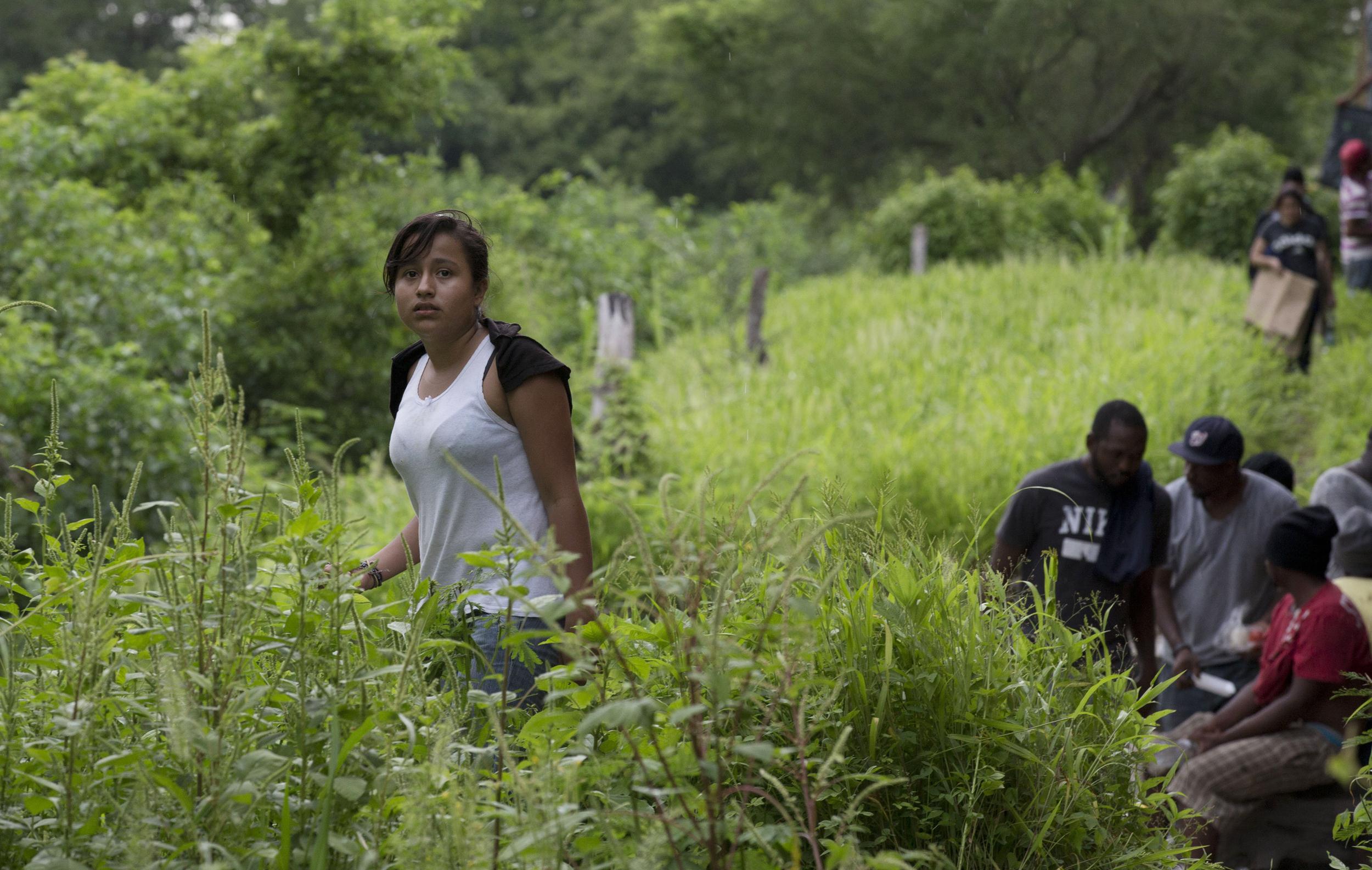 Rebecca Blackwell / AP
In this Friday, June 20, 2014 photo, Guatemalan migrant Gladys Chinoy, 14, waits along with more than 500 other migrants, after the freight train they were traveling on suffered a minor derailment, leaving them stranded for more than 12 hours in a remote wooded area outside Reforma de Pineda, Chiapas state, Mexico. On the last day of middle school, Chinoy memorized her mother’s phone number in New York City and boarded a bus to Guatemala’s northern border. Once across the river into Mexico, she joined a group of women and children traveling with a smuggler paid to take migrants to the U.S.

The children who come to the U.S., not for economic reasons, but out of fear of being killed should be treated as “refugees,” Nazario said.

“I think many of the children that I’ve talked to in Honduras are no different than child soldiers in Bosnia,” Nazario said. Countries surrounding Syria have welcomed 2.5 million refugees, but “we get 90 thousand immigrant children and we start talking about expedited removal,” Nazario said. “I find that unconscionable.”

Allowing refugees to stay, by way of a fair trial in which the child is represented by an attorney, would also send a clear message to undocumented immigrants who come for reasons other than fear for their lives.

Those who are allowed to stay may not have an easy road ahead, Nazario conceded, but “it’s a much better life than what’s going on in their home countries.”