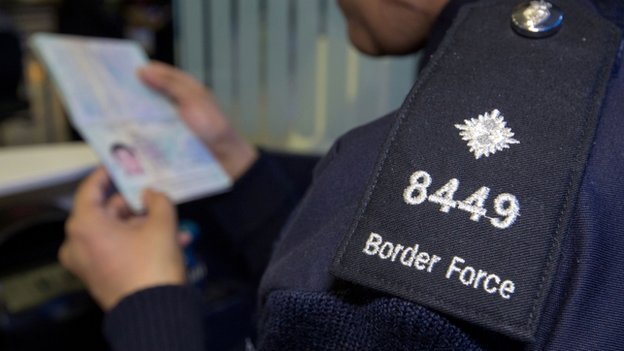 The failure to bring down immigration to the UK illustrates “either a total scandal or long-standing con trick” by the Conservatives, says UKIP.

The Conservatives had said they wanted to bring down net migration to the “tens of thousands” by May 2015.

Deputy PM Nick Clegg said the target had never made sense as the government did not have complete control over it.

“They (the Conservatives) have now broken the promise. They’ll have to suffer the embarrassment of having done so, I know a thing or two about making commitments that you can’t eventually deliver,” he told his weekly LBC radio phone-in show.

The Lib Dems opposed that idea however, and stopped it being a pledge in the coalition agreement between the two parties after the 2010 election.

Net migration is 16,000 higher than it was in the year to June 2010 when the coalition came into power.

Conservative Immigration Minister James Brokenshire said: “Our reforms have cut net migration from outside the EU by nearly a quarter since 2010 – close to levels not seen since the late 1990s.”

He added that the government had made it more difficult for EU migrants to claim benefits in the UK but added: “Clearly there is still more to do and that is why the prime minister will shortly be setting out how we intend to reform the freedom of movement in the EU that is driving the rise in immigration to the UK.”

For UKIP, which wants Britain to leave the European Union and “take back control of its borders”, Steven Woolfe said the increase in net migration was “eye watering”.

“This is either a total scandal or a long-standing con trick by a party who were elected on the promise of reducing immigration to the tens of thousands.

“Today’s astronomical migration figures show an abject failure by this government to control immigration, despite countless promises to the public.”

On Sunday, Home Secretary Theresa May admitted that it was “unlikely” the target of getting net migration below 100,000 would be met, saying EU migration had “blown us off course”.

The Lib Dems said their Conservative coalition partners had “over-promised and under-delivered”.

Migrationwatch UK said the figures were “disappointing” but chairman Sir Andrew Green said setting a target was “the right concept” and must be retained in a suitable form.