Independent insurance agents who serve the Hispanic community may be in store for a busy year.

Immigration reform is on next year’s horizon, and in California a landmark law enabling undocumented individuals to obtain legitimate driver’s licenses is set to be in force in 2015.

This all makes the timing ripe for a resurgence of the Latin American Agents Association, according to the founder of the Bell Gardens, Calif.-based group comprised of agents and brokers who provide insurance services to the Hispanic community and other minorities.

Evidently it’s also a good time to create a new organization: The Latin American Immigration Association, designed to enable insurance agents and tax preparers to put themselves in position to charge for immigration assistance services. 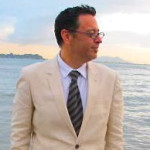 This latest endeavor is also the brainchild of LAAA Founder and CEO Andre Urena, who founded Confie Seguros, which was later branded Freeway Insurance.

It’s Urena’s plan with this new association to take willing tax preparers and insurance agents and make them immigration specialists.

Following President Obama’s announcement to offer millions of undocumented immigrants a reprieve from being deported, Urena and LAAA members began to get the wheels rolling. The association has already obtained 1.6 million emails for tax preparers, and another 1.6 million emails for agents nationwide, and it has begun to build a nationwide infrastructure.

Urena was working to establish the infrastructure to make this happen at a demonstration agency in Downey, Calif. while he explained. In his scenario, an insurance agency or tax preparer with a brick-and-mortar shop in a largely Hispanic community will be a natural stop for undocumented people with questions about what will likely be an involved citizenship process.

As it stands any immigration reform that transpires will likely yield millions of individuals trying to navigate paperwork on their own, and there will be plenty of people – scrupulous and unscrupulous – to capitalize on that demand.

“It’s the wild, wild west,” Urena said, adding that those people could turn to others with little or over-exaggerated experience “and they could actually end up getting those people deported.”

The goal of Urena and a group of his associates from LAAA are is the building of regionalized immigration centers in insurance agency and tax preparer offices.

LAAA has recruited attorneys to assists agents and tax preparers with the knowledge to handle the paperwork and other hurdles that may come along.

Based on experience and estimates, Urena believes immigration attorneys will likely charge from $2,500 to $3,000 for their help, while there will be those with scant knowledge at the bottom rung that may be charging $500 or less.

The immigration association is splitting the difference and charging $1,500. An insurance agent would earn roughly $750 to $800 off the service, Urena said.

For the charge customers will receive a background check, and help with forms, which will be checked by an attorney before they are sent in for approval. An attorney available via Skype for immediate round-the-clock help, Urena said.

To incentivize customers, those who qualify after applying will get a rebate, he said.

Urena believes there will be a lot of interest from agents and tax preparers who do business in the Hispanic community, as there’s an opportunity for two-fold benefit.

“They sell insurance and they make money in the process too,” Urena said.

“The impact of these reforms is sure to bring new life and opportunity to insurance professionals all over the country, but especially those serving large immigrant based communities,” he said. “My advice to insurance professionals? Get ready, get educated and get connected. Become an authority on how the reform will work, as well as how it will impact your business.”

As for the LAAA resurgence, which for the last two or three years endured a quiet period, hosting few events and conducting scant public outreach, Urena takes the blame for this, which he says occurred after he let loose the reins of the group to deal with some personal issues.

Now he’s back and pushing the group out into the Hispanic agency masses just in time for these opportunities.

If the past is an indication, many applicants will initially fail the tests in California, and Urena believes that’s a prompt for agents to step in and help out customers – as well as create goodwill – to save them the time and expense of having to retake the test, or prevent them from altogether giving up the hope of obtaining a license.

In Nevada 90 percent of immigrants failed the written test in the first few weeks a new driver authorization card was offered, prompting the Mexican Consulate and the California Department of Motor Vehicles to start offering preparation classes back in April.

“We’re trying to educate the public, because when Nevada and other places like Oregon gave undocumented driver’s licenses what happened is most of them did not pass the test,” Urena said.

One reason Urena belies so many are failing the test is because driving in their country of origin many is something few people are able to do.

LAAA is gearing up to help people learn the driver’s manual, and the laws of the road, by teaching its members to look into their book business and identify their clients who are undocumented and take the next natural steps.

“Then they create a campaign and they contact the customers and tell them about the law and how it’s changing, and start a dialogue,” Urena said.

Here Urena sees another twofold benefit. When one family member goes to get a driver’s license, other members of the family may decide they also want a license. And those drivers will also need insurance.

“Anytime you’re helping the community it helps agents, and it builds traffic for the agents,” Urena said.