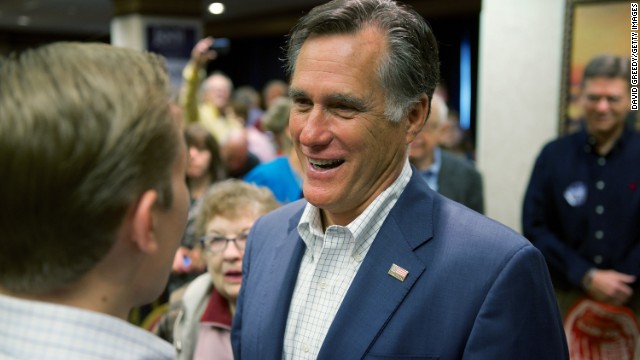 “You are going to see a bill actually reach the desk of the president if we finally have someone besides Harry Reid sitting in the Senate,” the former Massachusetts governor said on “Fox News Sunday.”

His comment was challenged by the host, who reminded him that “after the Senate, on a bipartisan basis, passed comprehensive immigration reform, House Republicans blocked it”.

Romney did not budge, explaining the rationale for blocking the bill.

“I think the Republicans in the House were looking at what was coming up from the Senate and saying: ‘You know we can do better if we pick up some more seats in the Senate.’”

Republicans did not do well with winning Latino votes in 2012 elections and the GOP’s 2012 self-assessment criticized the party’s outreach to Latino voters.

“We must embrace and champion comprehensive immigration reform,” it said. “If we do not, our party’s appeal will continue to shrink,” the RNC said after the 2012 election.

Romney said the GOP is better prepared to deal with immigration this time around. “You are going to see a provision first of all, to secure the border, second of all, to deal with those who have come here illegally and third to make sure that our immigration policies are more open and transparent to the many people who do want to come here legally,” Romney said.

Regardless, Romney says Republicans will be better equipped to deal with the issue of immigration after midterm elections. “We have a lot better prospect of having a piece of legislation which deals with the issue in a way I described it.”