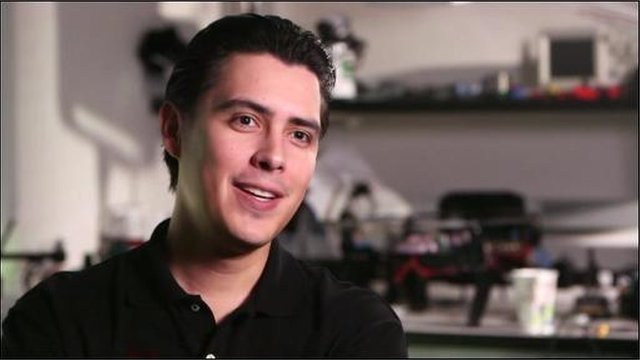 Mexican immigrant Jordi Munoz says that waiting for his green card after he first moved to the United States madeThe immigrant who became a drone firm boss him feel as if he was living “in a big jail”.

At the time he was 20 years old, and he and his girlfriend had set up home near Los Angeles.

Yet he could not legally work, or even enrol at a college, until he got the identity card that proved his right to live and seek employment in the country.

But instead of just sitting around during his frustrating seven-month wait back in 2007, Mr Munoz, a keen model plane enthusiast and computer programmer, started to build his own drone in his garage.

A drone, technically an unmanned aerial vehicle, is essentially a very high tech and stable version of a remote-controlled plane with a camera attached to take aerial photographs or record videos.

Using what parts he had to hand, Mr Munoz made the drone’s autopilot system by taking the motion sensors from a games console remote control.

To attach the microchips to circuit boards he heated them up in a domestic oven.

Fast forward to today, and Mr Munoz, now 28, is the co-founder of the largest US-owned manufacturer of commercial drones.

Back when Mr Munoz was working on his first prototype, he started to put up posts about his progress on a website for other DIY drone enthusiasts.

In addition to the advice and encouragement he got from fellow hobbyists, one man was so impressed that he sent Mr Munoz $500 (£325) to help carry on his work. 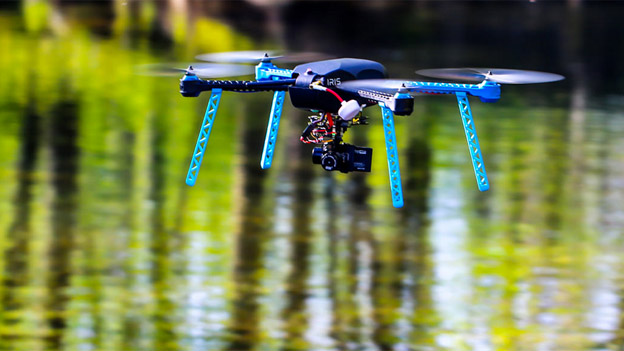 The drones are mainly manufactured in Mexico, with additional production now being done in China

The person who provided the money was influential journalist and author Chris Anderson, who at the time was editor in chief of technology magazine Wired, which is based in San Francisco.

The Boss is a series profiling entrepreneurs from around the world.

Then in 2009, Mr Munoz and Mr Anderson decided to go into business together, and co-founded their own drone-making company.

So despite not actually having met in person at that point, they started 3D Robotics. 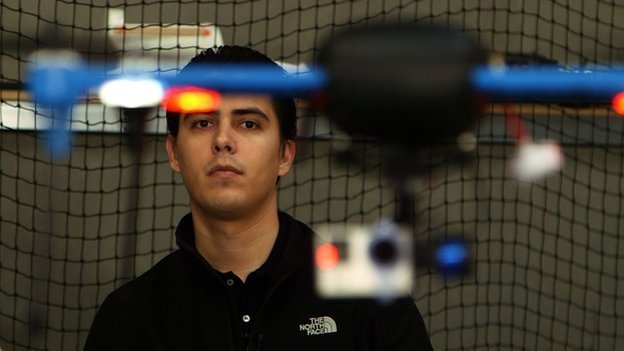 Mr Munoz, as chief technology officer, would be the engineering brains while Mr Anderson, as chief executive, would focus on the business and investment side of things.

The co-founders eventually met, their partnership worked, and the company started to quickly grow rather quickly – as global demand for drones has risen strongly over the past five or so years.

Being the joint boss of a fast-growing corporation was however a cultural shock for Mr Munoz, who had no prior business training nor leadership experience, and had not been to university.

He had instead been used to working on his own, and learning from the internet. 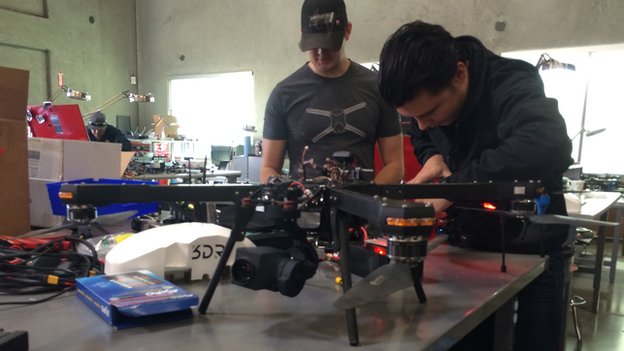 Engineering work and product design is done in San Diego

“I come from a generation where we have Google PhDs, we can virtually figure out everything by just Googling around and doing some reading online,” says Mr Munoz.

“But in my case, the company started growing so fast I couldn’t keep up… It was just ‘boom’ and finally I have a big corporation.”

Thankfully, says Mr Munoz, he realised that he needed to bring in “super-experienced people” to do the work that he couldn’t.

The company now employs 357 people across four main sites. Mr Munoz is based in San Diego, southern California, at the company’s engineering centre.

Production takes place just across the Mexican border in Tijuana, Mr Munoz’ home city, while the company’s sales team is based in Austin, Texas.

He stayed in the San Francisco Bay Area to be both close to his home, and the all important investment community of Silicon Valley, which has helped fuel the company’s growth. 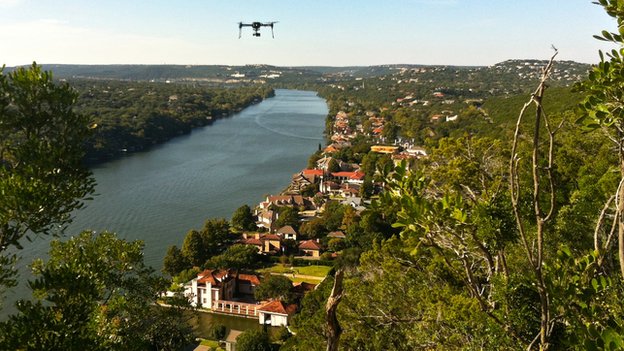 The drones have cameras attached to film or take photographs

To meet increasing demand, additional production is now being done in China.

For all 3D Robotics’ success, there is one part of its business model which might unnerve bosses in other industries – the operating software of its drones is freely available to any other company that would like to have a go at making its own. 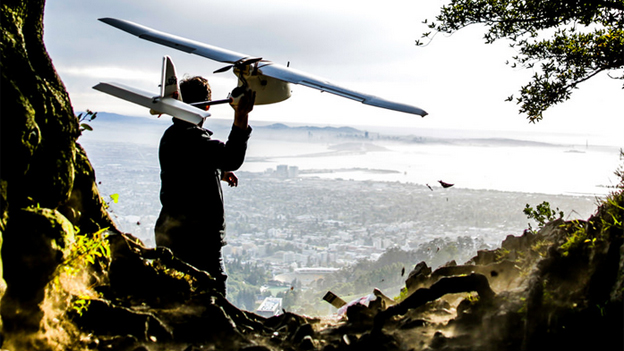 The software is publicly available or “open sourced” because ever since his earliest efforts in his old garage, Mr Munoz has published his work online, and asked for help and feedback from other drone enthusiasts.

The world is getting wealthier – but with the gap between rich and poor feeling bigger than ever, who are the winners and losers of this richer world in 2015?

While this means that any competitor can use the software, such as a number of Chinese copycats, Mr Munoz says that the operating system is better as a result of all the input of others in its development.

“I wouldn’t be able to sell as much if I had prototyped it alone,” he says.

As 3D Robotics continues to grow, Mr Munoz says that despite a tough start dealing with immigration authorities, the US has been good to him.

“It really is a land of opportunities,” he says. “So it doesn’t matter what is your background. If you work hard and do the right thing, and you’re honest, you can always do what you want in the US.

“You get a lot of support – ‘hey, this is awesome! Keep doing it!’ – that is a different mentality compared to my [home] country, which is the opposite way around.”