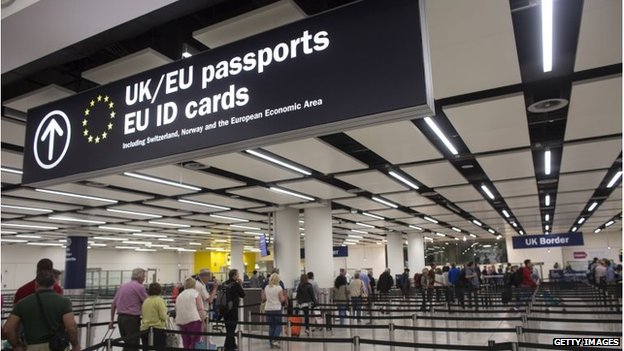 The controversy over immigration is about more than money – though what often sparks furious debate is the frequently levelled charge that immigrants, especially those from Eastern Europe, are a burden on taxpayers.

But the opposite is true, according to a new report, by University College London’s Centre for Research and Analysis of Migration.

It calculates that immigrants from the so-called new Europe, those 10 countries which joined the EU in 2004, contributed £4.96bn more in taxes up to 2011 than they took out in benefits and use of public services.

In other words, and according to the report’s authors, Christian Dustmann and Tommaso Frattini, they were a boon to the state and the public finances, not a burden.

And this calculation may understate the net fiscal benefit to the Treasury: the calculation includes immigrants’ proportionate share of all public service costs, those that increase when the population increases, such as health and education, and those that don’t, such as the armed forces and defence.

If the fixed costs are excluded, the net benefit of immigration from Poland, Hungary, the Czech Republic et al to the Exchequer would more than double to £10.5bn.

And to put these numbers into perspective, the rest of us – the indigenous population – were a massive drain on the state over the same period, to the tune of £617bn, based on allocating to immigrants a share of all public spending costs, or £679bn if fixed costs are heaped exclusively on natives.

By the way, there is some logic to attributing all the fixed costs to the native population, because we would have to pay them, whether or not the immigrants were here.

Anyway, the big point is that without the immigrants, our taxes or public sector borrowing would be measurably higher. Which, at a time when the government is failing to reduce the UK’s unsustainably large public sector deficit at the speed it would like, seems of some relevance.

And, by the way, the net benefits of immigration from the rest of the European Union (the richer more developed countries) was £15bn, with full costs allocated, and £18bn without.

As for immigrants from the rest of the world, they contributed £5bn or £20.5bn on the same basis.

Now for the avoidance of doubt, these calculations include all out-of-work and in-work benefits, including tax credits and child benefit.

The importance of this analysis is that for the first time it calculates the net costs or benefits of immigrants from the accession countries – in that the critique of earlier work by the same authors, from Migration Watch, was that any benefits came from old Europe immigrants, not from Poles, Czechs and so on.

But, there are some costs of immigration that are ignored here.

For example, there is evidence that immigration drives down the pay of the indigenous population, especially among the lowest paid. So in-work benefits to natives may be increased by immigration.

Prof Dustmann – who is the author not only of the current report but an earlier widely cited one on how immigration reduces the pay of those who earn least – says these increased costs of benefits paid to natives would nowhere near wipe out the fiscal contribution of the immigrants.

A couple of other points are worth making.

The immigrants are disproportionately young.

And if they stay in the UK, their contribution may actually rise – if they become more skilled – up until their retirement, when they would become a net drain. That said, they may well return home long before retirement.

Finally, and corroborating an argument made by proponents of immigration, Dustmann and Frattini point out that the immigrants tend to be better educated than native Brits, and they calculate that the value of the education they received, paid for by their home countries and not us, was £6.8bn, again up to 2011.

However, there may be good reasons for curbing immigration, to do with social cohesion, sense of community, culture and happiness. But this report suggests one argument that isn’t compelling is the one that alleges immigrants are a big cost to the state.