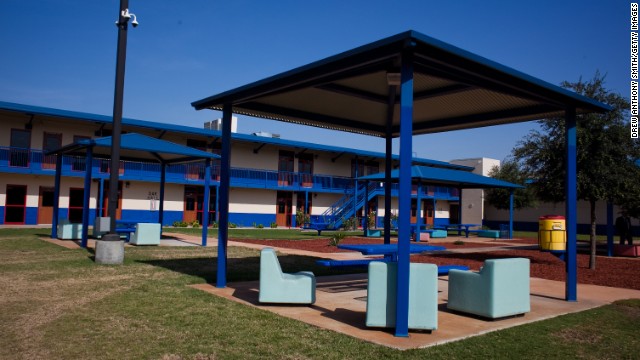 (CNN) — Women detained at an immigrant holding facility in southern Texas allege workers there have sexually abused them, including by removing them from their cells at night for sex as well as fondling them in front of others, lawyers wrote in a letter to federal officials this week.

Some guards or other workers at the Karnes County Residential Center also asked sexual favors of female detainees in exchange for money or promises of assistance — including help with their immigration cases or shelter if they are released — the lawyers allege in the letter.

The allegations were detailed in a Tuesday letter from several immigrant advocacy groups to officials with U.S. Immigration and Customs Enforcement and the Department of Homeland Security, which had hired one of America’s for-profit prison operators to run the facility.

“We call for an immediate investigation into these serious allegations of sexual abuse and the immediate protection of all women and children forced to reside in the facility,” the letter, sent by the Mexican American Legal Defense and Educational Fund (MALDEF) on behalf of all the advocacy groups, reads.

Geo Group Inc., the company that runs the facility, told CNN it strongly refutes the allegations. 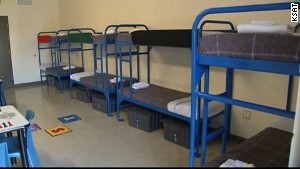 ICE told CNN it couldn’t discuss specifics about this case. But it said it “has a zero-tolerance policy for all forms of sexual abuse or assault and our facilities are maintained in accordance with applicable laws and policies.”

“Accusations of alleged unlawful conduct are investigated thoroughly and if substantiated, appropriate action is taken,” the agency said in a written statement.

The center is one of many in the country that hold undocumented immigrants — many apprehended as they crossed into the United States — as they await hearings on whether they will be deported. ICE detained 440,557 people across the nation in fiscal 2013.

The Karnes County facility can hold up to 532 detainees, and transitioned this summer from a center that housed adults to one that holds adults and children.

The sexual abuse is alleged to have happened since August, the lawyers’ letter says.

“Numerous” women made the allegations to lawyers representing them, and at least three center employees committed the abuse, the letter said.

The letter came five days after one of the advocacy groups made other allegations about the center’s treatment of women and children.

In a September 25 letter, the immigration clinic at the University of Texas School of Law asked federal immigration officials to investigate numerous complaints from detainees, including that children didn’t have access to a variety of nutritious snacks between meals, that messages from attorneys weren’t getting to their clients in a timely manner, and that — although they had access to a nurse — no doctor was on staff to handle significant medical issues such as respiratory infections and chronic illnesses.

Geo Group said it refutes those allegations, as well, and that ICE personnel are at the site to ensure compliance with the agency’s family residential standards.

Immigrants or refugees? A difference with political consequences

‘Removing female detainees from their cells’ for sex

MALDEF’s letter from Tuesday accuses facility workers of “removing female detainees from their cells late in the evening and during early morning hours for the purpose of engaging in sexual acts in various parts of the facility.”

Also, workers called detainees “their ‘novias,’ or ‘girlfriends,’ ” and requested “sexual favors from female detainees in exchange for money, promises of assistance with their pending immigration cases, and shelter when and if the women are released,” the advocates alleged.

Workers also kissed, fondled and groped detainees in front of other detainees, including children, the advocates alleged.

The women reported the allegations to center personnel, but “to date, no action has been taken to stop or prevent this abuse,” the letter reads.

The advocates further argue that the center “provides an environment that facilitates the abuse,” in part by having a guard roster that is predominantly male, and by allowing the guards 24-hour access to the detainees’ rooms.

The letter warns the alleged harassment and “unsafe environment” likely violates several federal laws and regulations, and asks for a response detailing what ICE and the center will do to address the matter.