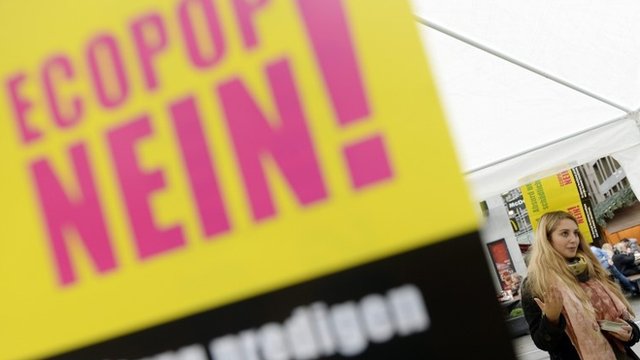 
Swiss voters are going to the polls on Sunday to vote for the second time in nine months on proposals to limit immigration.

Last February the Swiss narrowly backed a plan to reintroduce immigration quotas for EU citizens, in effect opting out of the European Union’s free movement of people policy.

But because Switzerland, while not an EU member, has a whole series of economically vital trade agreements with Brussels, which depend on maintaining free movement, the Swiss government has not yet found a way to implement February’s vote.

Some critics among the Swiss right have accused the government of not taking the wishes of voters seriously, and of being soft on immigration.

The new proposal to be tested in Sunday’s referendum goes much further.

Called ‘Ecopop’, it would reduce immigration to Switzerland to just 0.2% of the overall population, effectively limiting new migrants to about 16,000 a year, a fraction of today’s estimated 80,000.

And, in an unusual twist, the proposal also calls for 10% of Switzerland’s overseas aid budget to be spent on family-planning projects in developing countries.

The proposal is the brainchild of Benno Buehler, a supporter of Switzerland’s 40-year-old “Ecopop” movement, which seeks to link environmental protection with controlling population growth.

“Switzerland grew over the past seven years about 50% faster than the UK for example, and about five times faster than the European community as a whole,” says Mr Buehler.

“At this speed we are basically on the level of India. This is not sustainable.” Mr Buehler claims the alleged strain on Switzerland’s resources is primarily the fault of population growth. 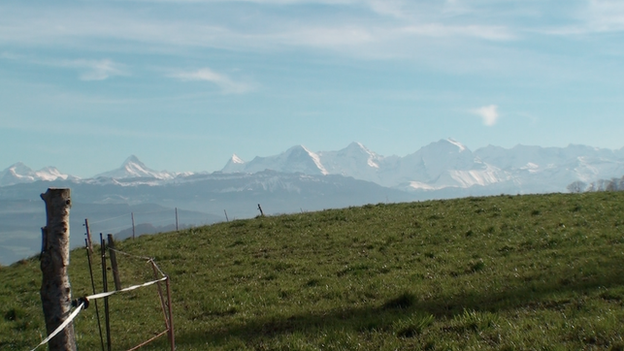 So would a Chinese-style one child per couple policy be appropriate?

Not for Switzerland, Mr Buehler says, because the population increase is due not to Swiss citizens having children, but to immigrants coming in.

He says his plan will not cause labour shortages, but will instead allow Switzerland to pick and choose the best skilled labour from anywhere in the world.

And the parallel proposal to invest in family planning in the developing world is, he insists, a policy the United Nations itself supports.

“The UN stated in its Agenda 21, paragraph 531, that every country has to define a population policy which is in line with its sustainability goals,” he explains.

“For Switzerland the key source of the fast growth of population is immigration, hence we have to limit that. If however you look at poor countries the source of the population growth is clearly fertility.”

But the suggestion that Ecopop is in some way environmental has caused anger among Switzerland’s green movement.

At a demonstration against the proposal, Green Party supporter Niels Kruse suggested Ecopop was an idea that simply tried to scapegoat everybody but the Swiss themselves.

“Switzerland has been growing, there’s no denying that,” he admitted.

“But the boat is not full yet. The truth is, we and our lifestyles are causing the environmental problems, so we need to solve them within our country, without pointing at certain groups or certain people.”

To him, the family-planning idea smacks of “neo-colonialism”.

“It is not our role to say you are having too many children, when in fact we are causing 80% of the environmental pollution.” 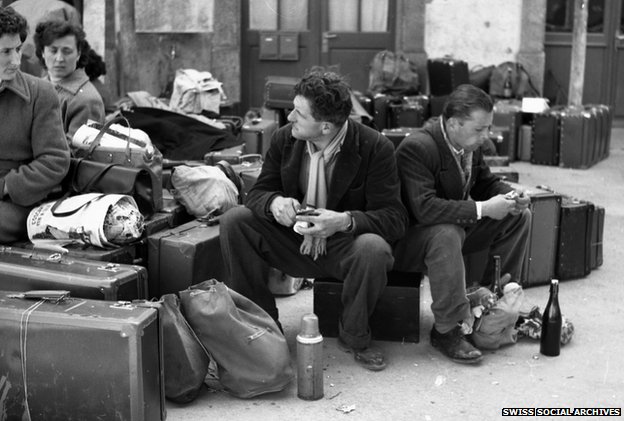 For Swiss business leaders, Ecopop appears to be the stuff of their worst nightmares.

Since it joined the EU’s free movement of people, Switzerland’s economy has thrived; unemployment is low, and many businesses are expanding and recruiting. 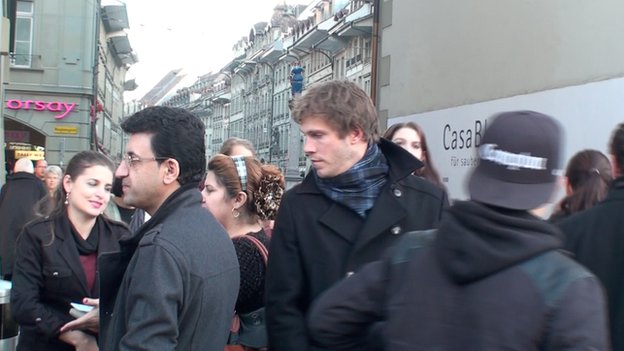 Switzerland’s population is about 8.18 million – of whom 1.96 million are not Swiss nationals

That is why the Swiss Business Association, Economiesuisse, is spending a good deal of money campaigning against Ecopop.

Rudolf Minsch, the association’s chief economist, has called the proposals “an indigestible concoction” which will help neither Switzerland nor developing countries.

In an editorial for the association’s website, Mr Minsch argues that cutting back so much on immigration, will “strangle” Switzerland’s economic development, while “handing out condoms” in Africa “but not investing in schools or infrastructure” is unlikely to have any beneficial effect.

In a surprising partnership, Switzerland’s trades unions have been campaigning alongside big business to defeat Ecopop.

The unions fear abandoning free movement could bring back the era of seasonal work, when men from all over Europe were recruited on a temporary basis. They lived in barracks, away from the towns, and were not allowed to bring family members with them.

Seasonal workers built some of Switzerland’s key infrastructure, from its motorways to its huge alpine tunnels. But, as soon as the work was finished, they were sent back home. 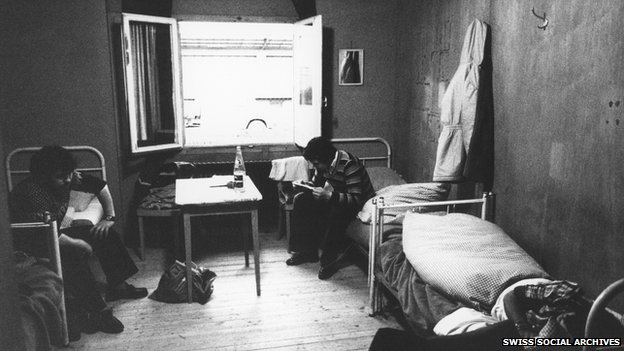 Switzerland’s seasonal workers lived in barracks, away from the towns

They had none of the rights now enjoyed by foreign workers under free movement, and Swiss trades unionist Corinne Schaerer believes it would be unworthy of 21st Century Switzerland to return to that era.

“That is a state we don’t want to go back to. Switzerland wouldn’t exist without immigration, our whole economy and country is built in migration.”

The latest opinion polls show two things – the Swiss are very worried about immigration, but Ecopop may be a step too far for most voters.

Benno Buehler knows his vision may be defeated at the ballot box this time, but he is still convinced its time will come.