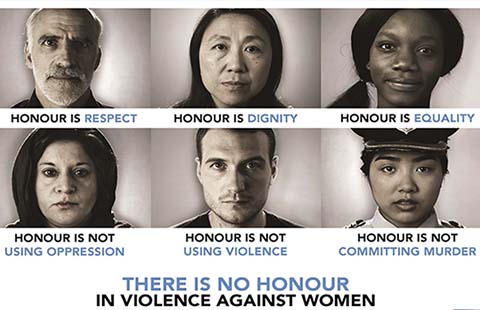 “There is No Honour in Violence Against Women” Campaign

The Status of Women Canada-funded project, There is No Honour in Violence Against Women, is the result of a two-year project led by MOSAIC B.C. Over the past 20 months, the organization conducted focus groups with clients from various local anti-violence service providers and women from immigrant and refugee communities.

And according to MOSAIC’s senior manager of specialized services, Marc Larrivée, half of those service providers reported dealing with cases that dealt with violence “in the name of honour.”

The project has resulted in the media awareness campaign — which includes posters on buses across Metro Vancouver and PSAs on local TV channels — in an attempt to provide more resources and information to women from vulnerable communities, as well as a training module — which one of the local service providers will eventually pilot — to better equip front line workers to deal with this violence.

According to Larrivée, one of the key findings was that labelling it as “honour-based” violence may be what’s preventing many women from getting help and accessing the available services, because it’s “stigmatizing to immigrant and refugee women.”

“That term is objectionable,” he said. “It creates a stigma.”

“When you … make it culturally specific … you’re looking at (it) as something wrong with (them) because they’re part of that culture.”

“It’s actually violence against women — ultimately, it comes down to that.”

Violence against women is cross-cultural, said Larrivée, adding that if a boyfriend sees his girlfriend flirting with another man and as a result commits an act of violence, “that can be looked at as honour-based as well.”

“Our work has shown that the focus must remain on violence against women and not to stigmatize immigrant women with the notion that what they may have experienced is vastly different from what Canadian-born women have faced,” Larrivée said, adding that the common question from most focus groups was, ‘Why is what’s happening to me so different than my Caucasian (neighbour)?’

“It’s really important that immigrant and refugee people don’t feel as though their culture … is being put up as something vastly different,” he said. “It’s not going to help women come forward.”

For more information on the project, visit www.honourforwomen.ca.


“There is No Honour in Violence Against Women” Campaign 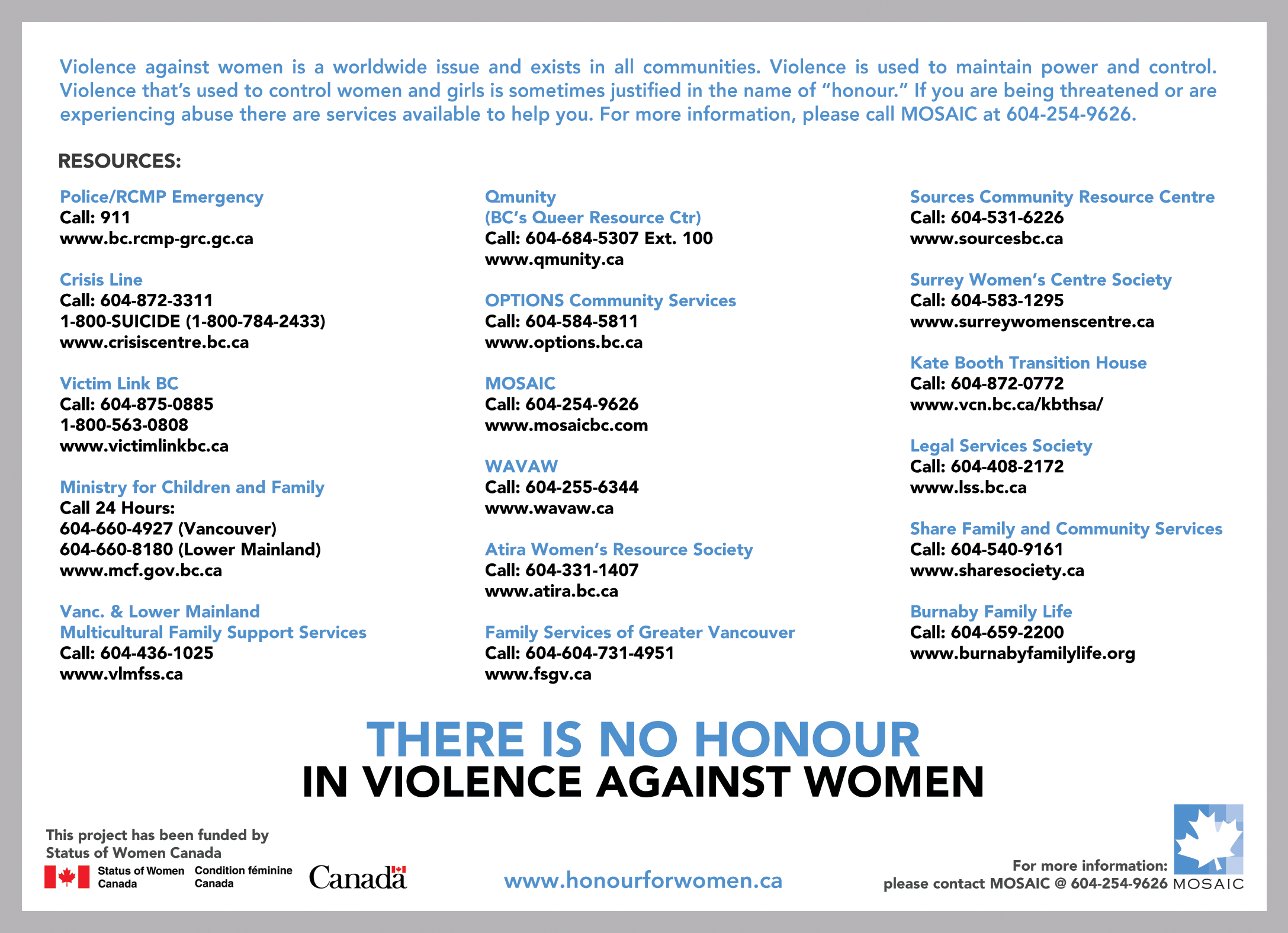